Well, it’s after Boxing Day and our Christmas Loot has been tallied. I got some awesome books this year, including 2107 Curious Word Origins, Sayings, & Expressions from White Elephants to a Song & Dance by Charles Earle Funk, 1Q84 by Murakami, Blacksad by Canales and Guarnido, and Cat’s Cradle by Vonnegut. I’m very much looking forward to getting to these, which are now at the top of a very long list of things to read, but what was your favorite literary present this year, or of all time? Share in the comments! 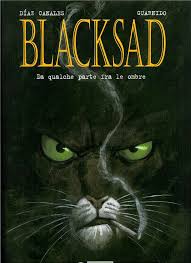 This entry was posted in Uncategorized and tagged Christmas loot, favorite present.

As they did every year at sunset on the longest night, the characters gathered at the massive Hearths across the countryside to hear their favorite story, their first story, the one that gave some explanation for why things were the way they were and gave them hope that they would still be there when the sun rose, and for every sunrise after. It was easy to lose hope when they were forgotten, lost on a shelf and never read, or their tellers died without passing on their stories. But there was always this story to keep their embers bright…

“Long ago, there was a fire circle, and in it flamed the brightest fire. Its flames wove long and high, the embers carried, dancing, by the wind. It was lit by a human hand, intent on keeping warm, or cooking their meal. No one exactly sure why it was lit to begin with, but we all know what it means to us now.” The Storyteller at the hearth leaned forward on her stool, gazing contemplatively at her own fire.

“S’mores!” a young child piped up from somewhere in the middle of the room. The crowd of characters tucked into the small Hearth laughed appreciatively.

The Storyteller beamed at the young child who was now hiding in it’s adoptive mother’s skirts. “Sometimes, yes, but what else does it mean?”

A man leaning against the back wall murmured, “Life.” The crowd echoed this back and forth amongst themselves until the storyteller nodded.

“Life, for us. For when that fire was lit, and the chores were done and the human finally had a chance to rest, surrounded by their family and friends, they started to think. They started to ponder and think over the day. And then they started to speak.”

The storyteller paused again, but the Hearth was silent now. “No one knows exactly what they said, the Storyteller does not say, but from the lips and heart of that human poured forth the first story. As they wove their tale of daring do, or love, or creation, the sparks flew up into the night, falling here and igniting their own fire. A mirror of the fire the first storyteller kindled. And as the sparks flew up from this fire, two of them grew instead of shrinking and disappearing. They grew larger, and larger, separating themselves from the wash of sparks rushing skyward and fell to the ground. They pulsed and grew and lengthened and formed and from those two sparks were told the First Character and the Storyteller.” A sigh rustled the room and people leaned in closer.

“Naked they were, in an empty world, these two characters, told of human imagination into life, their breath supplied by the very breath that had stoked the fire into life. At first they were confused and huddled around the fire, but they could hear the voice of their creator, spinning the tale that made their heart beat and their fingers move. And as the voice started to trail off, to stumble over words, they clasped each other in fear, afraid that once it stopped, they too would go the way of the rest of the sparks and disappear into the endless sky.”

Some of the children in the front row and the characters newly told or written into this world clutched at each other, terrified at what would happen next.

“But when the voice stopped and all was silent but for the crackle of the dry wood, the two characters remained, solid, alive. They were remembered in the heads of each person sitting around the fire that night, and the more the humans thought of them, the stronger they felt. The next night, that human told another story about the same characters and they grew stronger still. And as the human grew more adept at imagining their world, so too did their world grow, from that solitary fire ring to a great forest on the edge of the sea.” The Storyteller took this moment to study the faces surrounding her, making sure they were all with her.

“it’s been growing ever since, this world. And every day now a new character comes into it, told or written into existence by the humanity that first gave life to the sparks of that fire. And the Storyteller and First Character still watch over us, from among us, making sure that we’re never forgotten. For as long as your story is told, you shall never fade from memory.”

The Storyteller relaxed back on the stool, resting her back comfortably against the side of the fireplace. “it is best to take time on this longest night, a night made for stories, and understand where we come from. We owe our very life to a night unlike this one and the imagination of a single human that spawned a revolution in the way that Homo Sapiens thought and dreamed. They were creators now, able to weave fire and air into life, for what seems a brief moment to them, but means a life to us.” She nodded and stood up, gesturing the crowd into motion. “Remember as you leave here tonight that your lives depend on the stories told about you and take the time to tell the stories of those nearest and dearest to you, reach out to those in need and help them as well, keep them in your memory, lest they fade away.”

When everyone was standing, some holding hands or circled in the arms of their families, the Storyteller raised her arms in benediction. “May your story end well.”

“And may your next begin,” they answered with bowed heads. Slowly, they dispersed into the sunset to a long night of revelry and tales, good food and drink, until the sun rose again the next morning.

Date a Girl who Reads

A dear friend of mine posted this to my facebook the other day, and I thought it was worthwhile to share with you. It is apparently in response to this article, which is a truly heartbreaking reality. Wouldn’t the below be much better?

A GIRL YOU SHOULD DATE

Find a girl who reads. You’ll know that she does because she will always have an unread book in her bag. She’s the one lovingly looking over the shelves in the bookstore, the one who quietly cries out when she finds the book she wants. You see the weird chick sniffing the pages of an old book in a second hand book shop? That’s the reader. They can never resist smelling the pages, especially when they are yellow.

She’s the girl reading while waiting in that coffee shop down the street. If you take a peek at her mug, the non-dairy creamer is floating on top because she’s kind of engrossed already. Lost in a world of the author’s making. Sit down. She might give you a glare, as most girls who read do not like to be interrupted. Ask her if she likes the book.

Buy her another cup of coffee.
Let her know what you really think of Murakami. See if she got through the first chapter of Fellowship. Understand that if she says she understood James Joyce’s Ulysses she’s just saying that to sound intelligent. Ask her if she loves Alice or she would like to be Alice.

It’s easy to date a girl who reads. Give her books for her birthday, for Christmas and for anniversaries. Give her the gift of words, in poetry, in song. Give her Neruda, Pound, Sexton, Cummings. Let her know that you understand that words are love. Understand that she knows the difference between books and reality but by god, she’s going to try to make her life a little like her favorite book. It will never be your fault if she does.

She has to give it a shot somehow.
Lie to her. If she understands syntax, she will understand your need to lie. Behind words are other things: motivation, value, nuance, dialogue. It will not be the end of the world.

Fail her. Because a girl who reads knows that failure always leads up to the climax. Because girls who understand that all things will come to end. That you can always write a sequel. That you can begin again and again and still be the hero. That life is meant to have a villain or two.

Why be frightened of everything that you are not? Girls who read understand that people, like characters, develop. Except in the Twilight series.

If you find a girl who reads, keep her close. When you find her up at 2 AM clutching a book to her chest and weeping, make her a cup of tea and hold her. You may lose her for a couple of hours but she will always come back to you. She’ll talk as if the characters in the book are real, because for a while, they always are.

You will propose on a hot air balloon. Or during a rock concert. Or very casually next time she’s sick. Over Skype.

You will smile so hard you will wonder why your heart hasn’t burst and bled out all over your chest yet. You will write the story of your lives, have kids with strange names and even stranger tastes. She will introduce your children to the Cat in the Hat and Aslan, maybe in the same day. You will walk the winters of your old age together and she will recite Keats under her breath while you shake the snow off your boots.

Or better yet, date a girl who writes.

The site is now up and running, fully functional, la-de-da! As soon as the rest of my life is in order, I shall attempt to actually start a serious blog about the creative in the everyday life…be it writing, design, or anything in-between!

I’m working on getting this site up and running, but in the mean time, patience is appreciated!

Shortly, I shall have examples of my writing and design work up for perusal including, but not limited to: fiction, non-fiction, book design, interior design, and clothing design.