The Once and Future Nerd

The other day, I received an email from a podcast series entitled “The Once and Future Nerd,” wondering if I eve reviewed audio media and whether I might be interested in taking a look at their series. I almost said no, since most audio media just puts me to sleep unless I’m reading along, but I figured I should at the very least give them a try before passing judgment. And I am very glad I did.

“The Once and Future Nerd” is a delightful podcast, comprising of approximately 20 minute tracks, following the adventures of three modern high school students who were launched into a fantasy world. I don’t want to give too much of the plot away, needless to say it is engaging, and I’m slowly working my way through the back episodes as I draw flowcharts for work. They are all available for free on their website, through iTunes, or Podfeed.

This podcast features a full cast of characters and voices, with a delightfully rich narrator and fully developed characters that translate well through audio. I think it gets off to a bit of a slow start, but once you’re past the first ten minutes, you’re hooked and there’s no going back. I love the different tones the narration takes for the modern world versus the fantasy world, and then how those tones clash while at the same time mesh to create a rich tapestry for the story to be told from. I think you should definitely give them a listen, though fair warning there is a bit of harsh language. Not a lot, I just like to give some of you a heads up. I hope you’ll check them out!

This entry was posted in Book Review and tagged audio drama, fantasy, podcast, Review, The Once and Future Nerd.

1Q84 by Haruki Murakami is quite the novel. While being incredibly lengthy, it also does justice to that length. There isn’t a single word, character, or subplot that the book could do without; they all carry their weight. I will be the first to admit that around the beginning to section 3, I was ready to throw something at Murakami in frustration. I couldn’t understand why he just kept drawing out waiting for the meeting between Aomame and Tengo. But when they finally do meet, it’s entirely the right moment.

Murakami is a mastermind of magical realism, but I will argue that this novel is a straight up fantasy. On page 462, one of the characters informs Aomame that, “You’ve been reading too much science fiction.” because of her conjectures about dropping into a world with two moons. And I agree, this isn’t science fiction. It’s not some far flung future, with crazy advanced technology. No, this takes place in the recent past and deals with little magical people who build air chrysalises that create some kind of doppelganger. And they way you can tell you’re in the world of the little people (some call is 1Q84, some call it the Cat Town) is that there is a second moon–smaller, malformed, and greenish. Fantasy, straight up.

I don’t want to talk too much about the plot since there are a ton of twists and turns that I really don’t want to give away, but I do want to talk briefly on the structure of it. The chapters alternate between Aomame and Tengo’s point of views and their two discreet storylines. This is sometimes a hard feat to pull off because one storyline will end up more compelling than the other. Murakami somehow managed to make both lines just as compelling, which is interesting because the content of those separate lines would seem to lend themselves to an interest disparity. No, I’m not going to tell you what they are, that would be doing you a disservice. Pick it up and read it!

And for all that the book is enormous (925 pages of narrative alone without counting front and back matter) it’s got an interesting design. I love the cover, it uses an onionskin book jacket with transparent sections that spell 1Q84 allowing the girl and boy on the covers to peek through on the front and back. And the spine alternates where the letters are. Half are on the onionskin, the other half printed on the spine of the book. It just makes for a unique and engaging cover design which speaks to the dual and uncertain nature of the text itself. Inside however, I have one qualm with the designer. There are no running headers or footers, but a side bar with 1Q84 in a square and the page number…well, the page number appears in random places along that sidebar, sometimes backwards, and it changes from chapter to chapter. For someone like me who likes to know where in the book I am incase my bookmark falls out, it drove me a little bit crazy. But I’m sure very few people even notice it.

But all told, definitely worth the time it takes to make it through this opus. When you finish it, you’ll put it down and go to the window–just to make sure there is only one moon floating in the sky.

The Night Circus by Erin Morgenstern was quite a fantastical adventure. I don’t want to classify it as fantasy because it feels too real. Too approachable. It felt as though one was truly wandering through a traditional circus, watching the sideshows, and asking yourself if it is really possible for a person to bend themselves in that direction.

Quick plot summary: two magicians (for lack of a better term) who have been competing through the ages are once again pitting their students against each other in an exhibition style competition. This time, the competition arena is a circus, Le Cirque des Rêves (Circus of Dreams), where Celia and Marco must create new attractions and tents, constantly trying to outdo the other. At the same time, we get glimpses into the lives of the magicians, a set of twins born into the circus during it’s premier, the founders and supporters of the circus, and a young boy named Bailey who is a Rêveur or a dreamer who loves and follows the circus.

What the magicians could not have known is that they picked two ideal competitors; they complement and challenge each other so perfectly that they fall in love. The tents that they create in the black and white circus are gifts for each other and they dream about escaping the game and spending the rest of their lives together, but only one can win the competition…

The Night Circus was a beautiful and engaging love story; love of a man and woman, love for the circus, for dreams, for life. Love of imagination and story.

And not once did it get trite or cliche. Since I spend a lot of time looking not only at a story, but at the writing, I must admit I was a trifle worried at times. But I was always pleasantly surprised at the treatment given to aspects that could easily become melodramatic. For instance, there were (I thought) three options to end the game. Either one of them loses or they somehow find a way to break the bonds tying them to the game. When the time came for the game to end, however, my reaction was, “Wait…Oh! Oh that’s good.”

I myself am definitely a Rêveur now; I fell in love with the circus and the people who create and live in it. If you are looking for a wonderfully satisfying fantastical love story, then this is the next book to put on your list. 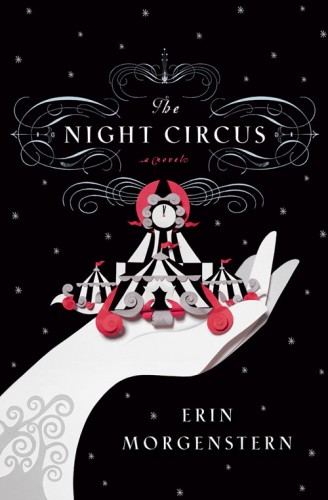 Cleanse Fire, the first book of the Kinir Elite chronicles by Anastasia V. Pergakis, is a fun new take on a classic genre: high fantasy. By this, I mean the tradition of J.R.R and Dragonlance, but with an added dash of military thriller. In Cleanse Fire, the Elves we are introduced to are part of an elite fighting squadron known as the Kinir Elite; they may look like gorgeous elves, but they fight like Marines.

But enough set-up, here’s the meat. The plot is engaging, and calls to mind some of the military thrillers of Dan Brown (no, not Angels and Demons, but the Scarecrow series, much better stuff) as well as the fantasy styling of Dragonlance. The characters themselves have complex backgrounds and are not the simple one dimensional critters you sometimes find in fantasy novels that rely solely on their mythical race to provide depth. These characters are full-fledged characters.

The only negatives come in the mechanics of the writing, and those I think can be chalked up entirely to the fact that this is the first of what is sure to be a fun series. The plot and characters are enough to carry you over the rough spots, that’s for sure; and, as the stories continue, I know the writing is going to mature wonderfully.

Though one of the best aspects of the whole thing? Part of the cover price goes to charity. That’s right, a portion of each sale goes to the Wounded Warrior Project, a charity dedicated to supporting wounded veterans. That in itself is totally worth the $4.99 Kindle price, where it is available now. Hardcopy books are available starting on December 21st.